What Time Is It?

Ereignistyp
Ausstellung
Datum
06.12.2018 – 27.01.2019
Information
“In an infamous novel, the whale is the unrepresentable, the sea the indefinable. On land, the occupation of artists like Melville is to create an imprint of the unfigurable, like Beauty.
The works of 'What Time Is It?' play with the machinery of appearance – not only the knobs, lens, focusing mechanism – but as well the parts of the body itself, coming into view.”
– Bernadette Van-Huy
Bernadette Van-Huy's debut solo show 'What Time Is It?' presents a found empty bed surrounded by a series of photographs, drawings, as well as prints on aluminum panels duplicating her drawings. A recurring motif in both the staged photographs and diagrammatic drawings are figures that seem to interact in games, such as Snakes and Ladders, Twister, card games or puzzles. The protagonists in her photographs are masked with opaque sunglasses, or as Charlie Chaplin, wearing white make-up and exaggerated brows, and act as players. They are holding game cards, defacing art catalogues, solving riddles similar to a Rubik’s cube in front of a Claude Monet poster by the Metropolitan Museum, or are having a picnic (déjeuner) on the game field. These actors seem to portray the figures involved in the games depicted by the drawings.
Comparable to what Van-Huy describes as a “machinery of appearance”, the exhibition visualizes different phases and changing appearances within systems. Van-Huy’s exhibition quotes established motifs and canonical art history and mimics a game in which the artist becomes a player.
Van-Huy is a founding member of Bernadette Corporation. She recently had her first solo show at Goton, Paris, and released an artist book, In Person, published by Westreich Wagner. Over the last years, she has also been working on a novel, provisionally called All the World’s Time, or Nothing.
The exhibition is curated by Fredi Fischli and Niels Olsen.
Institution
Luma/Westbau
Adresse
Limmatstrasse 270
8005 Zürich
Schweiz
AddToAny buttons 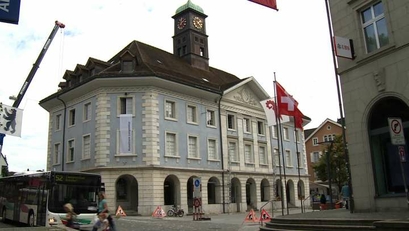