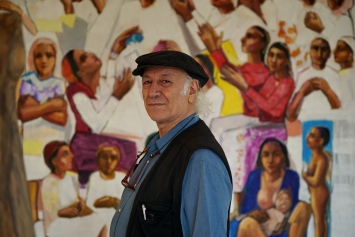 Inspired by his predecessors as well as by ancient Egyptian, Sumerian and Babylonian art, Jamil Molaeb uses a variety of styles and techniques, easily switching from painiting village scenes to minimalist abstract compositions. Molaeb has been exhibiting since 1966 in group and solo shows in Beirut, New York and England. His works were also featured in contemporary art fairs such as Europ’art, Geneva, St’art, Strasbourg, Art Paris Abu Dhabi and Art Dubai.

Molaeb started his artistic career in the seventies, after training under renowned artists such as Chafic Abboud and Paul Guiragossian at the Fine Arts Institute of the Lebanese University.

Craving further discoveries and exposure to the world, he spent a year studying in Algeria. In 1984, He enrolled in the Master of Fine Arts program at New York’s Pratt Institute, to later obtain a doctorate in artistic education from Ohio State University.

Jamil Molaeb’s work has been acquired by international museums and private collections including The World Bank in Washington DC and has been sold at international auctions like Sotheby's and Christies.

He built his own Museum – ”Jamil Molaeb Museum” in Baissour, Lebanon. 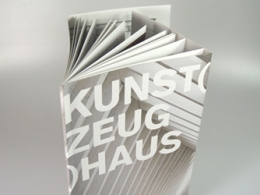