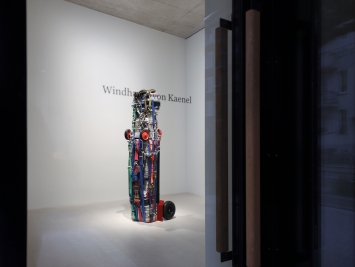 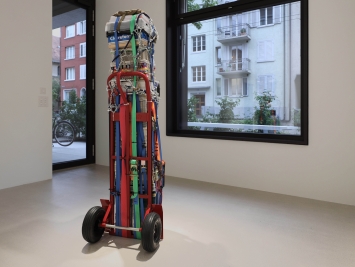 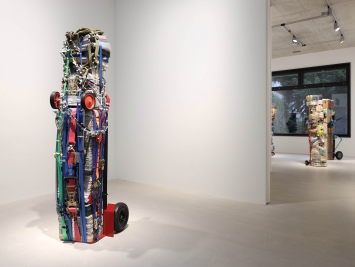 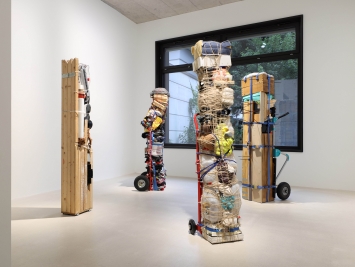 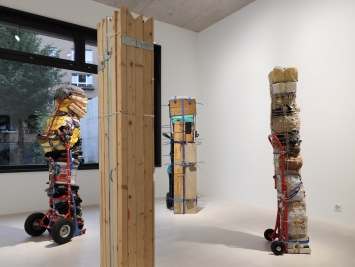 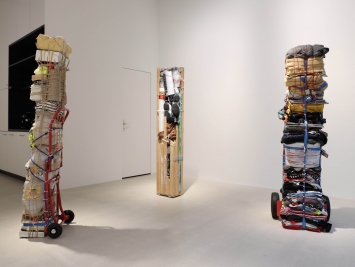 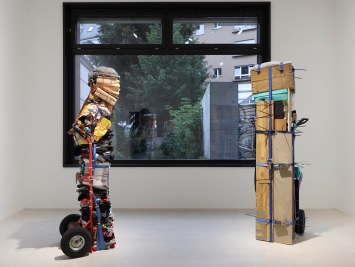 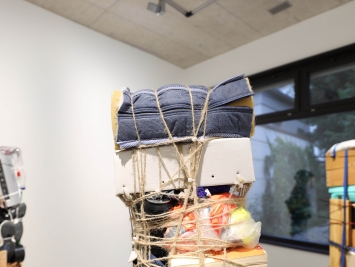 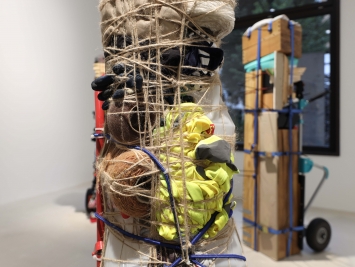 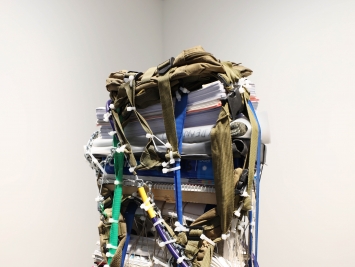 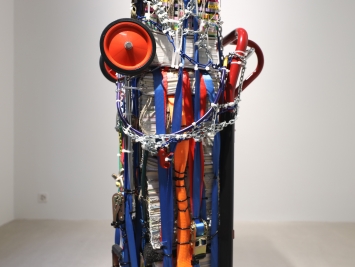 We are happy to present Umut Yasat’s first soloshow in Switzerland. Umuty Yasat is a German artist with roots in Turkey who studied at Staatliche Akademie der Bildenden Künste in Karlsruhe, where he also lives and works.

During his studies Umut worked in the medium of painting, drawing and photography. For his final thesis however he decided to make a radical change and started to cut all the artworks that he has done during his studies into format A4 and piled them up like a stack. Neither he, nor his professors, nor his fellow
students were very shure what they were looking at, when Umut presented this work that he would later call «Der Stapel 1». It was painting, sculpture, biography and a little bit insane at once.

After his graduation he immediately started working on «Der Stapel 2». While doing this he learned more and more about this work and started to draw up some personal rules: He will always start with format A4. He will pile up his belongings, drawings, notes, bank account information, things he got from his parents and so on. A «Der Stapel» will be finished, when it has reached Umuts size of 175cm. If the work is too heavy to carry, he will put it on a hand truck or wheels. Umut’s endless stacking of life reminds me of artist like Roman Opalka and On Kawara as well as Albert Camus’s Sisyphus.

I’ve personally followed Umut Yasat and his work «Der Stapel» for more than four years now. In hundreds of phone calls, emails and messages (I am pretty sure you’ll find some of these in one of his works) we have discussed his work and how to develop it. And I am looking back on a great friendship, many interesting conversations and a hell of a ride for Umut. Not only has he managed to take part in several groupshows in Germany, Switzerland, Turkey, Italy and the Netherlands followed by his first Solo presentation in Berlin in 2019. But he has also placed ‘Der Stapel’ in several important private collections in Germany, Great Britain, Switzerland, Spain, the Netherlands, Bangladesh and Los Angeles. 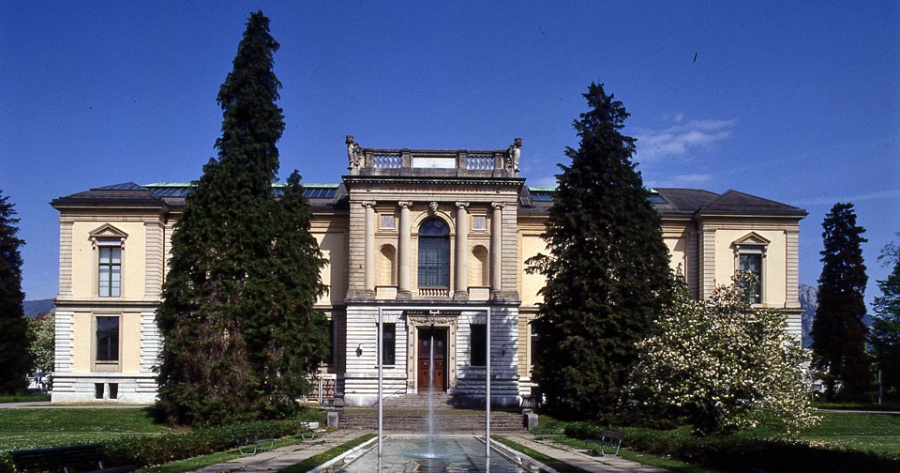 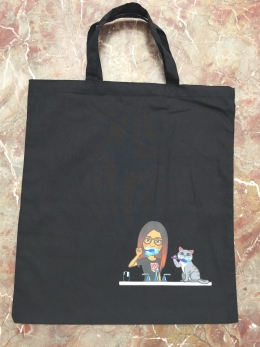