Uzma Mohsin - About the Courage of Indian Women

The interest group <i>artists in residence ch</i> is also a network of foreign and Swiss artists and assists national and international cultural exchange. Besides being an up-to-date pool of information on the Internet, it offers a platform for exchange, and forguest studios to make themselves known to artists. At present the young Indian photographer Uzma Mohsin is working in the guest studio Krone, Aarau.

Uzma Mohsin - About the Courage of Indian Women

<b>von Burg:</b> In your photographic series you have created pictures of young, self-confident women, job seekers, students or boxers, who have emigrated to Delhi. Is it possible for these women to free themselves from old, rigid traditions in their new environment?

<b>Mohsin:</b> Most of the women portrayed came from very different backgrounds and had amazing stories to tell. They are trying hard to break free from traditional strictures. For example boxers, who often come from very poor families, are only allowed to leave if there's hope of them securing a better income.

Others, mostly women who have emmigrated to Delhi, are introduced in the series <i>Seven Sisters and the City</i>. By Seven Sisters the seven north eastern union states are meant, which create an enormously important strategic buffer zone for the Indian government with neighbouring China. Their calls for autonomy since independence in 1947 have been answered by the central government in New Delhi with extreme violence and permanent army presence. More and more young people are leaving the region and moving to the mega-cities. Young women especially are exposed to various types of discrimination because as Christians stand out from the caste system and are not subject to arranged marriages at an early age. Mostly they speak relatively good English, are qualified professionals, often in the service industry, and are able to support their families. Because of their untypical Indian appearance, they are often subjected to sexual violence. This is on the grounds that their western appearance apparently suggests that they are easy to have for Indians. In any case these exceptional women pay a high price for their freedom.

<b>von Burg:</b> Last year you collaborated with Martine Franck from the Magnum photographic agency on the book project <i>Women Changing India</i>, which was published by BNP Paribas and Zubaan Publications. The bank is part of several micro-credit projects for women's self-help groups in India. The haunting photographs of Raghu Rai, Olivia Arthur, Martine Franck, Alessandra Sanguenetti portray women in their everyday environments. They show them as motors of change in the villages, in their jobs, in art and in the cinema. These works shed light on the complex forces which Indian women from ancient times until now have always known how to balance. To what degree do you think that women are the bearers of change in India?

<b>Mohsin:</b> In the last two decades India has developed at a rapid speed, especially in respect to economic liberalisation. Women have contributed enormously to this, which is often overlooked. Despite the numerous promises towards a progressive constitution with equal rights, with a traditional way of thinking and a sharp seperation between rural and urban populations, the reality is complex. But despite these difficult circumstances, women are fighting for social, political and economic change. Self-help groups and the opportunity to get a micro credit have contributed to this within the last years, even if access to finances is still a big problem for countless self-employed women. Many have neither the required experience, nor the self-esteem to apply for credit from financial institutions. Even if women are trying to change their roles with all their might, the changes in regard to conflicts, domestic violence, rigid social structures and discrimination are gradual. Nevertheless, today there are many more women employed in pedagogical institutions, in professional, and also in non-traditional sectors than a few years ago. On top of this, there's a new generation of women who are trying to live more and more according to their ideals.

<b>von Burg:</b> Isn't there the danger that the dominance of the right wing conservative Hindu nationalist BJP (Bharatiya Janata Party) is diminishing the success of women?

<b>Mohsin:</b> The BJP regards itself as a guardian of Indian culture and pursues a patriarchal traditionalism in a very aggressive way. In the '90s, the neo-liberal restructuring of the Indian economy went hand in hand with the fast rise of right-wing politics. Meanwhile, the BJP grew to be the strongest Indian party. It without doubt regards women as housewives and has no interest in their wishes for modernisation. Nevertheless, a few women's groups participate together with secular movements in the fight for equal rights for women. So India finds itself at the beginning of a serious debate about gender politics and is on the way to social reform.

<b>von Burg:</b> Could you also tell me a bit about your work situation here and in India? What are the differences and what do you notice about Switzerland?

<b>Mohsin:</b> My work in India is influenced by the reality that surrounds me. Mostly I try to document and understand the lives of people in my country through telling stories. My stay in Switzerland has been very inspiring. I've seen a lot of new and different things. Because of the location of Aarau, all the big cities are easy to get to. Compared to Delhi where I'm from, Aarau is a calm place. I really like this because far away from the bustle of big city life, you have space to reflect and look inwards.

<b>von Burg:</b> Are you planning an exhibition, open studio, or any other public event anytime soon?

<b>Mohsin:</b> I'm not exactly sure what my next work is going to be. Maybe I will turn this personal journey into a photographic series. Anyway, I'm hoping for an event or show at the end of my stay. 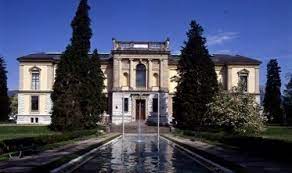 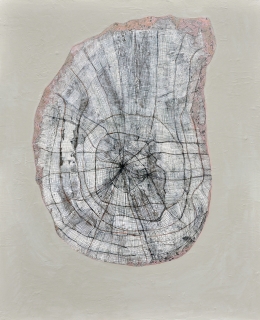