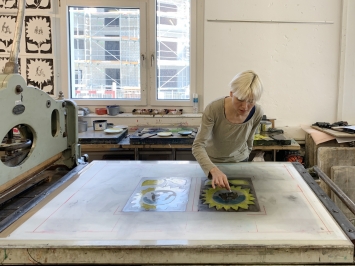 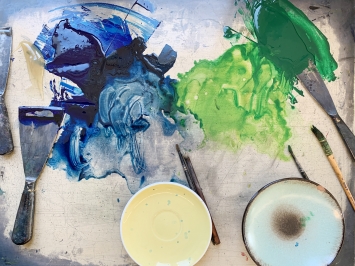 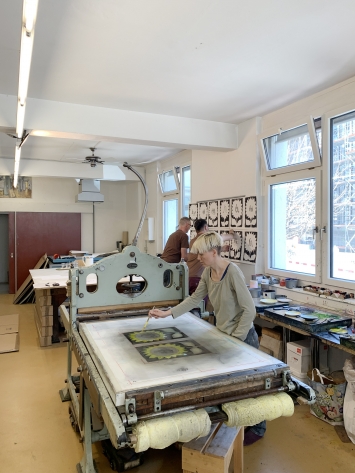 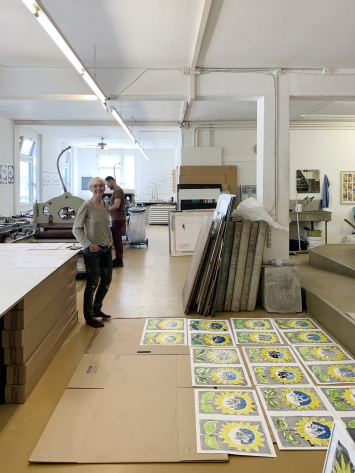 Edition VFO and Steindruckerei Wolfensberger have joined forces to publish a benefit edition with the Ukrainian artist Alina Kopytsa, who lives in Zurich. Within the last weeks, the artist was able to realize two series of monotypes in collaboration with Thomi Wolfensberger. The monotypes are based on embroidered works of the artist titled "The Kyiv yard" (Киевский дворик). The works show people in various situations of everyday life in the artist's home country. In them you can see children playing, people sitting together in the courtyard, people riding bicycles or people walking their dogs - everything that belongs to the past since the Russian invasion of Ukraine. The embroidered works, which are among the favorite works of the artist's mother, remained in Kyiv after part of the family fled to Switzerland with the onset of the war. The monotypes are based on an unofficial symbol of Ukraine, namely the sunflower, in the center of which these peaceful everyday scenes take place.

Alina Kopytsa's works will be presented on Friday and Saturday, April 8 and 9, at Steindruckerei Wolfensberger, Eglistrasse 8, 8004 Zurich, where they can be purchased directly and taken home.

The monotypes will be sold at a unit price of CHF 200.-. In addition, there will be a large black and white installation of monotypes for CHF 2000.-.

All proceeds of the sale will be donated to the Ukrainian Refugee Aid through the organization for cultural initiatives "IZOLYATSIA" and the cultural organization "TU", which supports refugees from the besieged city of Mariupol.

Alina Kopytsa graduated from ZHdK in 2020 with a Bachelor in Fine Arts and will soon complete her Master of Fine Arts. Her works have been shown at Pinchuk Arts Centre, Kyiv, Shcherbenko Arts Centre, Kyiv or Dienstgebäude, Zurich and are part of the Art Collection of the City of Zurich, among others. 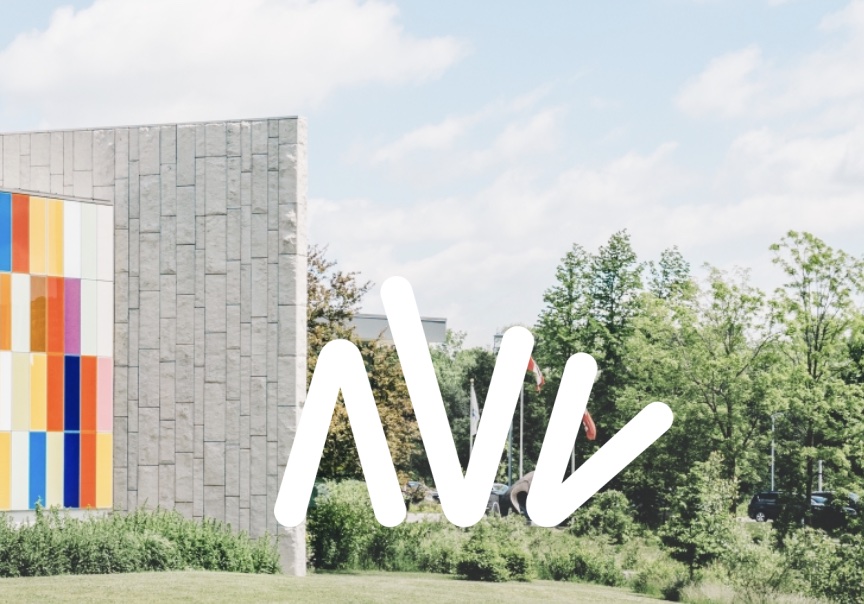