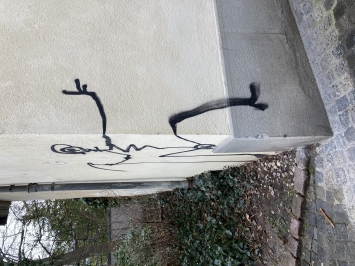 Born in 1939 in Zurich, Harald Naegeli was known as the Sprayer of Zurich in the late ’70s

The Zurich Dance of DeathIn 2004, Harald Naegeli contacted the canton-al building authorities to present a dance of death project that he wanted to realize at the Grossmün-ster church. It was intended as a gift to the pub-lic and, had Harald Naegeli had his way, the graffiti figures would have come up along the stone walls of the narrow stairwell leading to the platform of one of the Grossmünster towers. A resurrection story, so to speak. But nothing came of it. Nevertheless, in 2018, more than 10 years later, he was finally able to start working on the project – under the condition that he limited himself to one room in the Karlsturm and to a certain, precisely defined perimeter. That was diffi-cult because the figures did not want to adhere to the guidelines at all. Here and there, they put a foot on the ground. A no-go! Naegeli was reprimanded and broke off work on the dance of death in the Gross-münster in 2018. It remains unfinished.As a continuation or extension of the Grossmün-ster project, Harald Naegeli, more than 80 years old, moved his work back to public space during the first lockdown in April 2020. From April to June 2020, 50 prancing bones and grim reapers appeared in the city of Zurich. Anyone who passed them sud-denly became a potential dance partner – and was encouraged to deal with his or her own mortality. 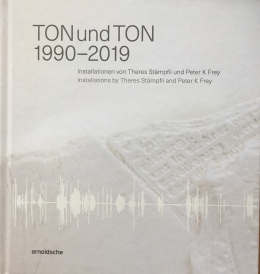