Mischa Düblin (b. 1973, Basel) and Fabian Unold (b. 1977, Zurich) have been working together since 2004. The artistic duo realises site- and context-specific works under the name Thylacine. Not limiting themselves to one medium or form, the duo’s situation-specific approach tends towards installations and the performative. Games with the audience or the involvement of other performers open up further possibilities.

Social structures and economic mechanisms are at the heart of Thylacine’s interest. Their art doesn’t aim for the white cube, it doesn’t function intrinsically or by itself, but invariably in relation to the real world. Critically, politically, and always with a good dose of humour, they examine balances of power, and make these events their own. While their art is implemented concisely and consistently, it deliberately leaves room for interpretation. The authentic and persuasive involvement of the two artists results from a content-related but also concretely physical appropriation. In this vein, they expose themselves to the direct jet of a snow machine for the 2007 work Schweigeminute (A Minute’s Silence), or they simultaneously pee their pants for the 2008 performance Stille Wasser (Still Waters) on the subject of fear.

Thylacine’s projects, performances and installations only ever happen once, but they have appeared twice at Artachment. In 2008, Mischa and Fabian were invited by Raphael Bottazzini to realise the very first project ever carried out in the former customs house at Kleinhüningen harbour. After careful observation of the site, the duo gave the space, which was at the time abandoned and frequently visited by vandals, a resident: they installed a life-sized puppet to make it look like someone sitting in the space was angling for fish through the window in the back wall. Through its new inhabitant, the space suddenly became accommodating, and a connection to the outside world was established. The situation was subtle (there was no opening and no publicity) and at the same time so realistic that passers-by who spotted the figure inside called the police.

Thylacine returned to Artachment in 2018 to exhibit in dialogue with Roman Signer. For their newly developed work Schein (Appearance), marking the 10th anniversary of the art space, they suspended a theatre spotlight from a tree next to the building and equipped it with a timer, which switched the light on and off in a predefined rhythm. A spotlight usually illuminates an attraction; a star performs in it, something important is given a stage. But the spotlight installed by Thylacine apparently misses its mark. The light beam illuminates neither the house celebrating its anniversary, Roman Signer’s installation, nor the public. The only connection to the house is the power cable. Other than that, the artistic intervention remains essentially immaterial. Schein illuminates a stage that remains empty, a non-place, a gap, and thus becomes a strange and refreshingly nebulous presence. 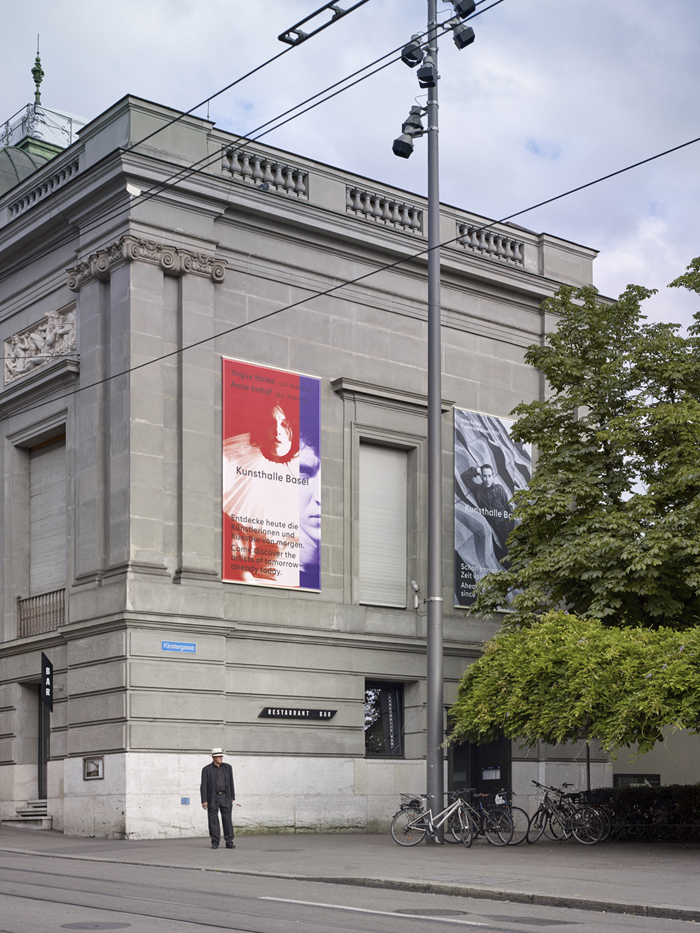